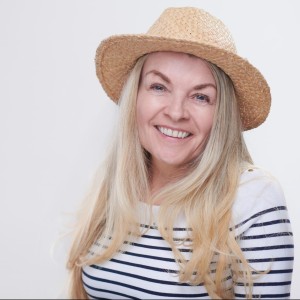 So you are looking for the best jeans for your body shape? You have come to the right place. Below I have lots of advice for you whatever shape you are, to help you find your perfect pair of jeans. When there are so many styles, shapes, and fits available, it can become overwhelming. Where do you even start? So let us start from the very beginning. First, you need to know what styles will suit you.

How To Find The Best Jeans For Body Type

So there are a few general guidelines that tend to work when searching for jeans. Many people do not realise that the waistline’s height is not only a fashion statement, but it also has a significant impact on how a pair of jeans will fit depending on your shape. So first let’s look at the height of the waist and which body shapes suit which style.

Next, we will look at the style of jeans that will best suit you. 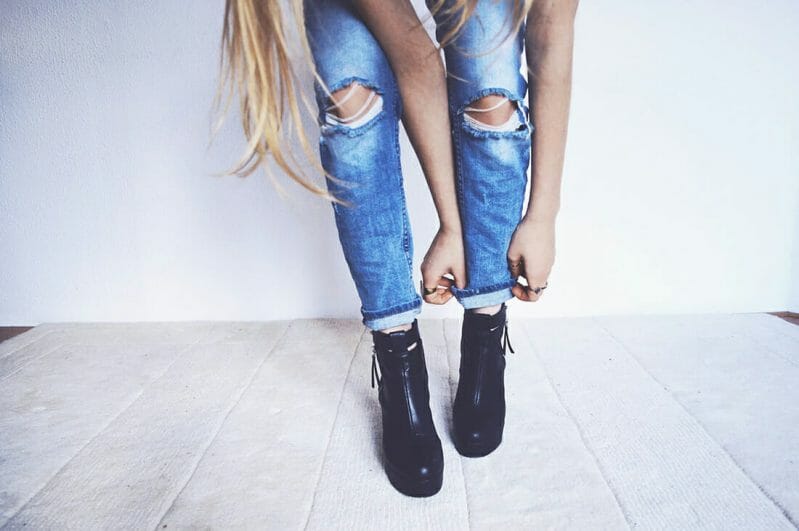 How Should Jeans Fit?

So now you know which height of waist suits you best, what style should you go for? As I write this so many of us are walking around in skinny jeans and very few people suit them. That is not to say you don’t suit them, but there is likely another style that will work better. So let us look at styles. Below I have listed all the main styles of jeans and what body shape will suit them.

Now, let’s look at jeans that can enhance your shape.

In addition to all of the above, you can now purchase jeans that enhance and support your shape. Look at the options below for inspiration.

Next time you find yourself out shopping for jeans, make sure you know what suits you before you go. As a very general rule, in addition to the information above, if you are curvy around the hips and bottom avoid side pockets and detailing. Choose a lightweight denim that is less stiff. If you are bigger on the bottom than the top, choose darker denin and visa-versa if you are bigger on the top. If you are petite and curvy around the bottom or hips, avoid low waisted and look at medium waisted as well as high, because high could shorten your waist too much. Always take notes with you and try on different styles to see for yourself what works and what does not.

So there we have it, my ultimate guide to buying the best jeans for body shape. I hope you found it useful. What styles have you found suited you? 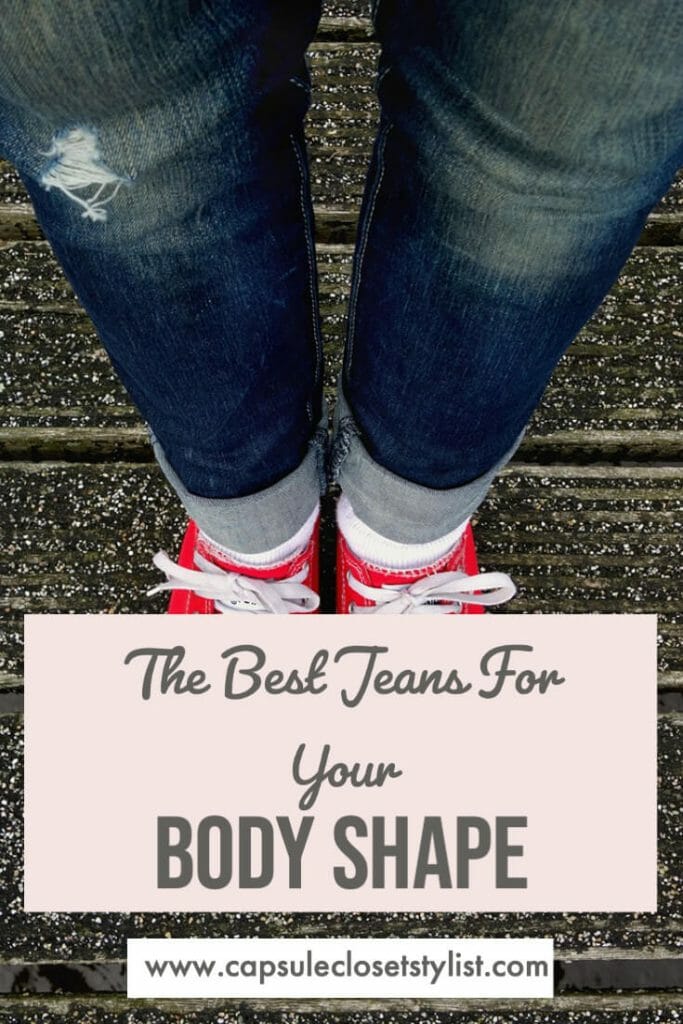 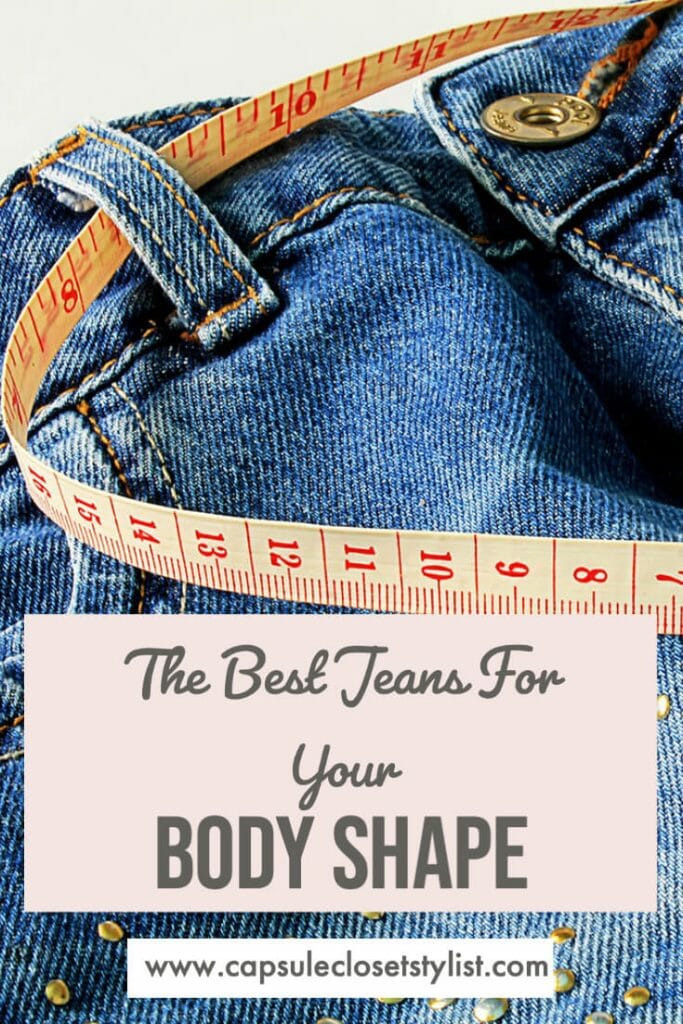 If you enjoyed this post and wish to create a capsule wardrobe, I can help you create one quickly and easily. Get started immediately with one of my personal styling services

Book a FREE consultation with me where we can discuss colour, style, decluttering, body shapes and much, much more.  I can identify where you most need help and point you in the right direction.

Capsule Closet Stylist is a participant in the Amazon EU Associates Program, Shopstyle and LTK, affiliate advertising programs designed to provide a means for sites to earn commission incomes by advertising and linking to Capsuleclosetstylist.com

Why not join my facebook community  of other people on a similar journey.

for lots of videos and image inspiration.

Love a freebie? Sign up for my free Capsule Wardrobe Guide Worth $40

I will send you lots of tips on creating the perfect wardrobe. I am a minimalist, so I promise I will not be bombarding you with emails.

A Capsule Wardrobe For Travel 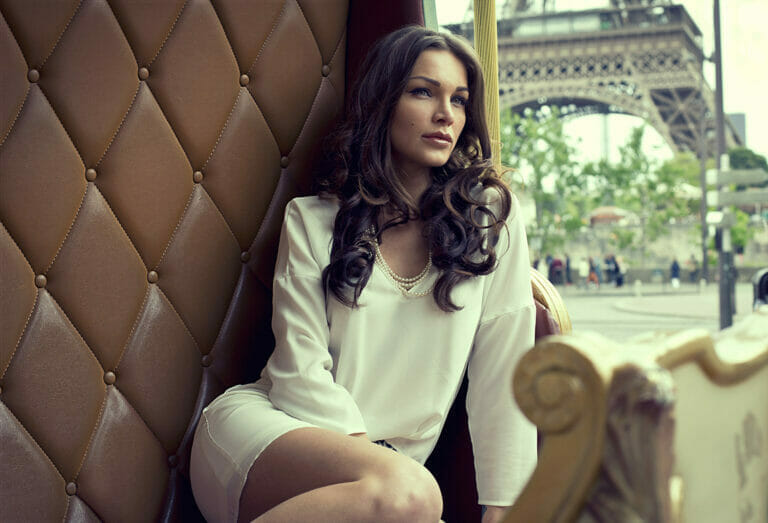 French Minimalist Wardrobe Ideas for summer So you are looking for inspiration for a French minimalist capsule for summer 2022? You have come to the 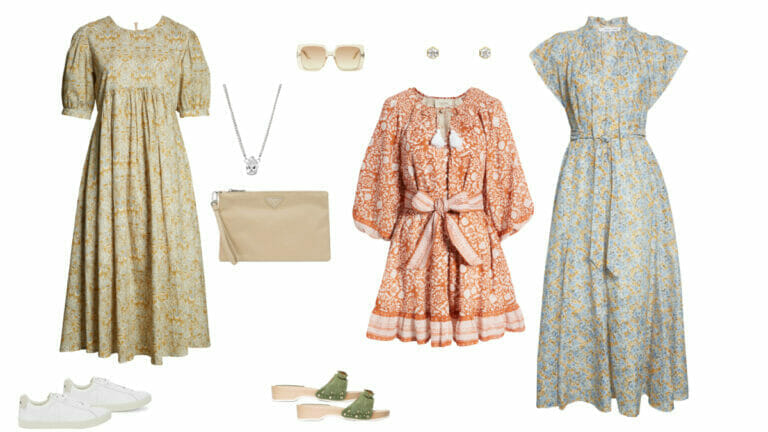 Creating A Capsule Closet For The Summer Season So you are looking for a capsule wardrobe for summer 2022? The Capsule Dresses For SS22 Lorem 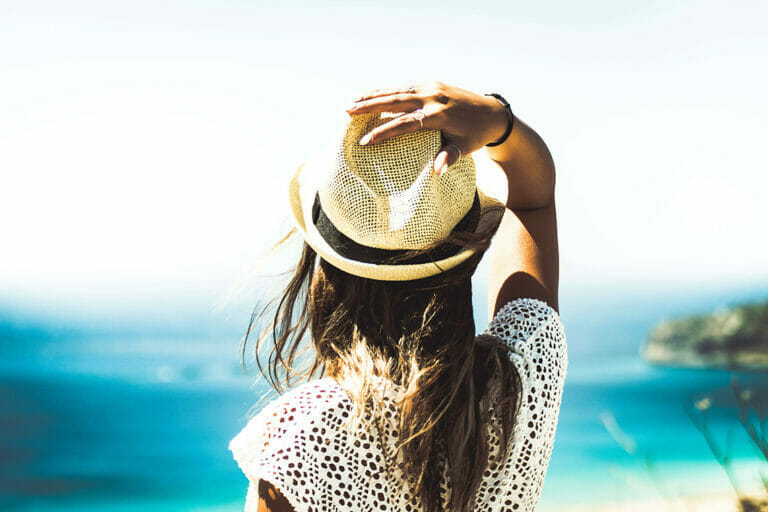 Your Summer Capsule Wardrobe For 2021 How do you update your summer capsule wardrobe in 2022? The first thing you need to do is to 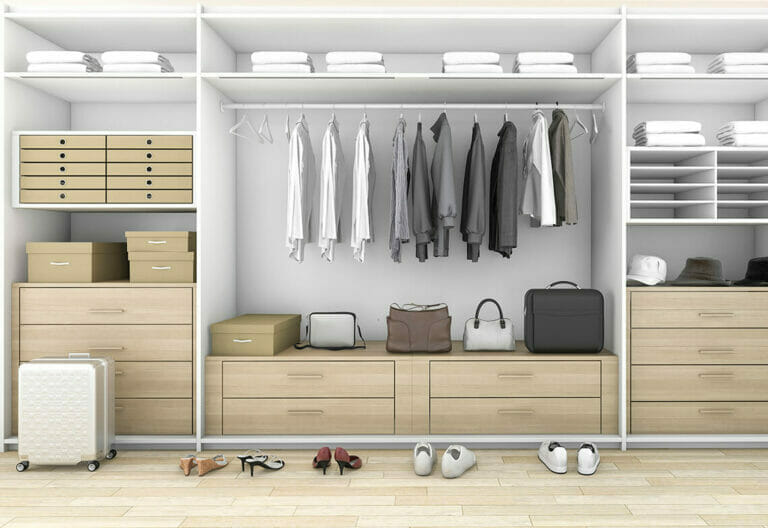 Starting A Minimalist Wardrobe For Summer 2022 If you have been looking to build a minimalist capsule wardrobe for some time, now is a great 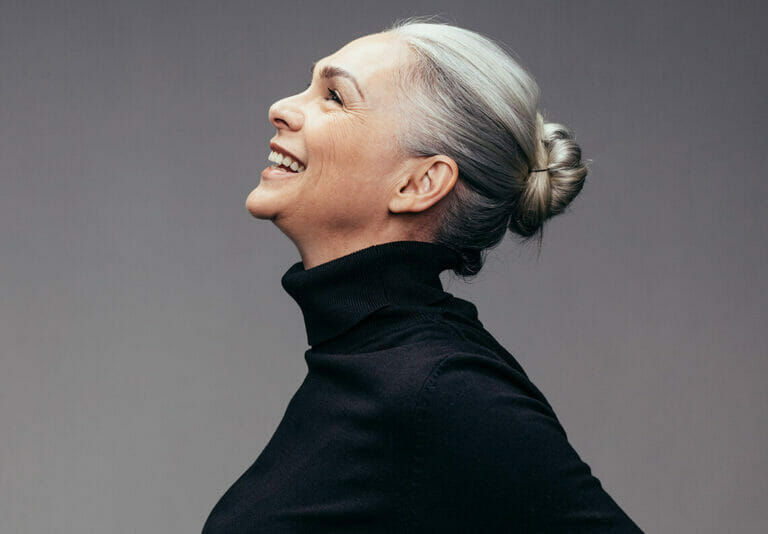 Starting A Capsule Wardrobe Over 60 There are many reasons why you might have decided you want a capsule wardrobe over 60. You are about 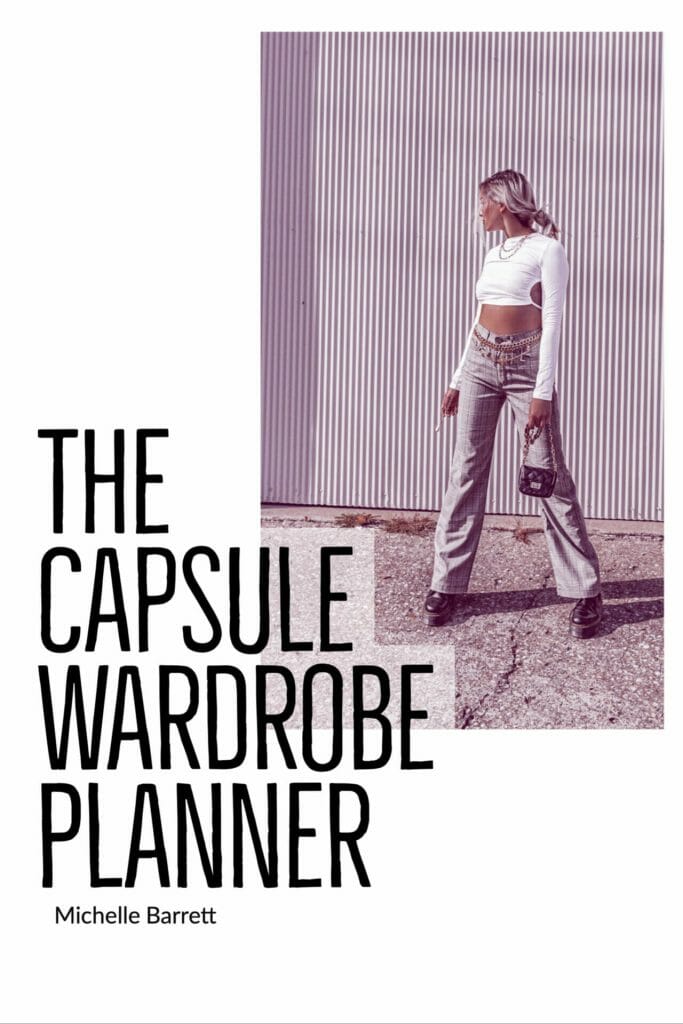 'When you join the membership it isn't generic it is tailored to your needs. Michelle considers each individual person and provides advice and guidance based on their needs. I have learnt so much since I joined I feel like I could sit an exam on it now! Honestly, without a doubt if you feel like you are lost with what to wear, you don't know what suits your body shape or your shape has changed, you've lost confidence, you're starting a new job, or you want to minimise your wardrobe, Michelle's membership is without a doubt for you. You can not get better for the price, I have looked!'
Rachel
UK
I joined Michelle's facebook "capsule wardrobe challenge" in June 2020. I loved her approach of starting off with a concept of what colours and styles you were attracted to, followed by what your lifestyle required functionally. It helped me assess my existing wardrobe with a checklist in mind instead of feeling overwhelmed and indecisive. I found the video format and weekly check-ins easy to follow and explained each stage of building a capsule well. She has been quick to answer any queries I have and to offer her professional stylist's opinion with a gentle manner. I am most grateful for Michelle's overarching aim to help her clients "find their happy place". This membership is about being comfortable in your own skin, not about being super fashionable, and that is exactly what I needed. Thank you for helping me find my confidence again. 😊
Helen
Australia
There is no doubt in my mind that having a personal stylist online is worth the investment. In fact, at the end of the day I will spend considerably less while looking and feeling so much better. Why? Because I will never again mindlessly spend and spend and spend on clothes that just aren’t right for me and that don’t make me happy. I think we all dream of that wardrobe that makes us happy and confident, but it is so easy to just give up and just wear something. I know I did. And that is just plain crazy because I love clothes! I have always been attracted to styles that I lacked the confidence to try out. Now, with the help and guidance of Michelle, I can finally explore those styles with confidence knowing that whenever I run an item by Michelle, she will give me her honest feedback on whether or not it will fit with my colors and with how I want to look and feel. In short: Michelle’s advice really is priceless. I feel an A-lister in the garments I have purchased since becoming a member! Pssst: One secret, you don’t have to become a minimalist if you don’t want to. Michelle is not about legalistic minalism, she is all about you finding out what works for you and that – along with her very deep knowledge of style – is why I think her membership works for me when in the past nothing else has.
Sisse
Denmark